“When They See Us – The Minds Behind the Music”

“WHEN THEY SEE US – THE MINDS BEHIND THE MUSIC”

PRESENTED BY THE CALIFORNIA COPYRIGHT CONFERENCE

Emmy-nominated music composer, Kris Bowers and Emmy-Nominated music supervisor, Aaron Byrd join the CCC to share and explore both the business and creative aspects of their involvement with the high-profile Netflix-distributed “When They See Us,” which was also nominated for an Emmy as Outstanding Limited Series. The expectation is for an engaging evening of discussion surrounding the talent, preparation and, yes, serendipity intertwined in forging such an opportunity for their respective professional platforms.

Garrett Johnson is a member of the Bars of New York and the District of Columbia specializing in entertainment and tax law. Currently representing a cross spectrum of creative talent and industry participants, including musicians, authors, recording artists, composers, screenwriters, playwrights, record producers, artist management companies, independent television production entities and record labels, Mr. Johnson is also active in the provision of music publishing administration services and the facilitation of Trademark applications, as well as general business formation.

Active with the Entertainment Law Forum of the American Bar Association, California Copyright Conference (CCC), Association of Independent Music Publishers (AIMP), the Society of Composers and Lyricists (SCL) and the Independent Gospel Artists Alliance (IGAA), Mr. Johnson speaks regularly on legal and business issues in the entertainment industry in a variety of venues. Prior to entering private practice, he was an attorney in the Office of the General Counsel at the National Endowment for the Arts in Washington, D.C., providing counsel to agency staff in legislative, personnel and intellectual property matters. He received his A.B. in economics from Columbia University and J.D. from the Georgetown University Law Center.

Aaron Byrd has always had a desire and curiosity to seek out new experiences, people, places and, most of all, music. Having visited 33 countries (so far) and spending at least three hours a day listening to new music, it’s safe to say music and travel are his biggest passions in life. His attraction to the unknown and thirst for discovery has fueled an eclectic and expansive taste in music, from Guaguanco from Cuba to the Maghreb sounds of North Africa. All of these curiosities are reflected in Byrd’s weekly radio show on the world renowned KCRW in Los Angeles. 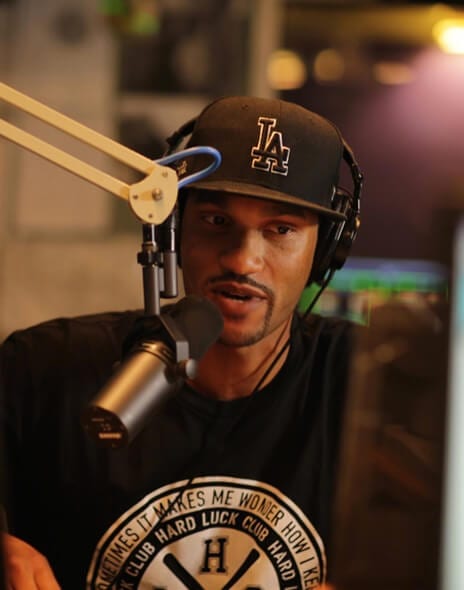 In addition to being on air, the native Angeleno also curates a wide range of events around town including the Byrd Series, which is a weekly live series at a boutique hotel in West Hollywood to post-performance events at the LA Opera. Byrd has consulted for several companies like Apple, Google, Mars Inc., Wrigley Company and more. Byrd has appeared on CNN, the front page of the New York Times and in numerous publications including the LA Times, LA Weekly and Entertainment Weekly.

As a DJ, Byrd has shared the stage with A Tribe Called Quest, Gary Clark Jr., James Blake, Anderson .Paak, Robert Glasper, Moses Sumney, Gregory Porter, Little Dragon and many others. He is also regularly featured at venues around Los Angeles.

You can catch Aaron Byrd’s weekly program live on 89.9 FM, KCRW every Thursday night 12-3am. Each show is also archived on the website at kcrw.com, until the next one airs. 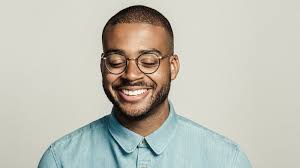 Emmy Award-winning composer and pianist Kris Bowers creates genre-defying music that pays homage to his jazz roots with inflections of alternative and R&B influences. In 2011, Bowers won the prestigious Thelonious Monk International Jazz Piano Competition, which earned him a record deal with Concord Jazz, who later released his debut album, Heroes+Misfits. In 2014, the album opened at number one on the iTunes jazz chart, followed by iTunes naming him as an ‘Artists to Watch’. In 2015, he was selected to participate in the Sundance Film Composers Lab at Skywalker Sound, followed by being selected in 2016 to perform at the White House for International Jazz Day. In 2018, Bowers collaborated with Emmy and Academy Award-winning director Peter Farrelly and Academy Award-winning actor Mahershala Ali on their critically acclaimed Green Book. Bowers’ work on Green Book led to a nomination for ‘Best Score’ at the 2019 Critic’s Choice Awards, followed by Bowers receiving the prestigious ‘ROBIE Pioneer Award’ from the Jackie Robinson Foundation. Bowers also scored Monsters and Men, which premiered at the 2018 Sundance Film Festival, and now appears in Ava DuVernay’s Netflix miniseries, When They See Us; most recently, that score has been EMMY nominated. Bowers’ original music and lyrics are featured in Madden NFL 19: Longshot, as well as the forthcoming Madden 2020. The Juilliard-educated pianist has established himself at the forefront of Hollywood’s emerging generation of genre-defying composers, and throughout his career, Bowers has consistently championed an art practice guided by multi-disciplinary collaboration. Bowers currently lives in Los Angeles with his fiancée. 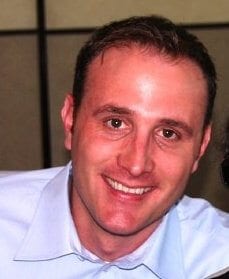 I created MCL Music Services in 2009 to provide Music Clearance, Licensing, and Supervision services to the Film, Television, and Advertising Community. Previously the Director of Music Clearance in the Feature Film division at Paramount Pictures from 1996 – 2008, I was responsible for much of the clearance negotiating and licensing in many of Paramount’s most successful films and soundtracks over that span of time.

In late 2008, I was named Vice President of Music Clearance and Licensing at Lionsgate Entertainment (in charge of the Film, Television, and Marketing divisions of the company) which I transitioned into maintaining as my first client under the umbrella of MCL Music Services.

Over the past several years MCL Music Services has expanded its services and now works in Music Supervision in the independent film and documentary world and Musicology services in conjunction with Denise Carver, Esq. of CarverMusik (http://www.carvermusik.com).

An avid fan of jazz music, I’ve been a lifelong saxophone player, performing with my jazz quartet in the greater Los Angeles area.

I hold a Master of Business Administration degree from the University of Phoenix (2003) and a Bachelor of Arts Degree in Music Industry Studies from California State University, Northridge (1997).

Your Choice of Entree

Attention Attorneys: This activity has been approved for Minimum Continuing Legal Education Credit by the State Bar of California in the amount of one and a half (1.5) hours. The CCC certifies that this activity conforms to the standards for approved education activities prescribed by the rules and regulations of the State Bar of California governing minimum continuing legal education. Attorneys who wish to register for MCLE Credit must include their state bar number with their reservation. Please remember to sign the sign-in sheet and obtain a certificate when you arrive at the meeting.