The CCC is a professional trade organization for the education of its members in the practical and legal aspects of copyright law and allied music and entertainment industry subjects.

The CCC is your go-to resource for industry announcements and updates.

A unique opportunity to network with other industry professionals

Expert commentary with respect to the Music, Media, Film and TV industries 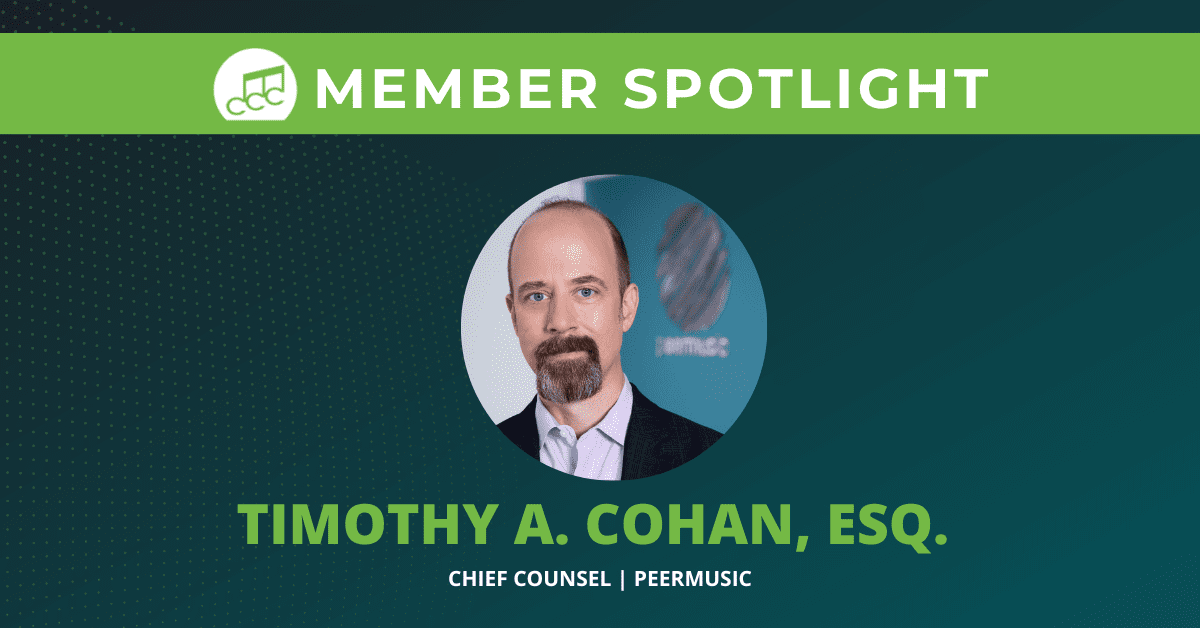 Tim Cohan is Chief Counsel for the peermusic group of companies, including its newly-formed neighbouring rights division, serving over 2,500 recording artists and 300 record labels, as well as a long-established music publishing division encompassing a catalogue of hundreds of thousands of works across all genres. At peermusic, Tim and his staff provide centralized legal and business affairs support to the firm’s 38 offices in 31 countries. Cohan He also plays a key role in the firm’s strategic and policy initiatives, including legislative advocacy, corporate transactions, and peermusic’s global digital music licensing strategy. Tim is an active representative of peermusic in the industry, including two terms as a board member of the Association of Independent Music Publishers, and has recently been re-elected for a second three-year term as a board member of the Mechanical Licensing Collective formed under the Music Modernization Act. Tim received his J.D. from Columbia Law School and is admitted to the Bar in New York and California.